Conferência Internacional “Using the Past: The Middle Ages in the Spotlight”

The international conference “Using the Past: The Middle Ages in the Spotlight” will take place at the Monastery of Santa Maria da Vitória (Batalha, Portugal) on December 10–12, 2020. 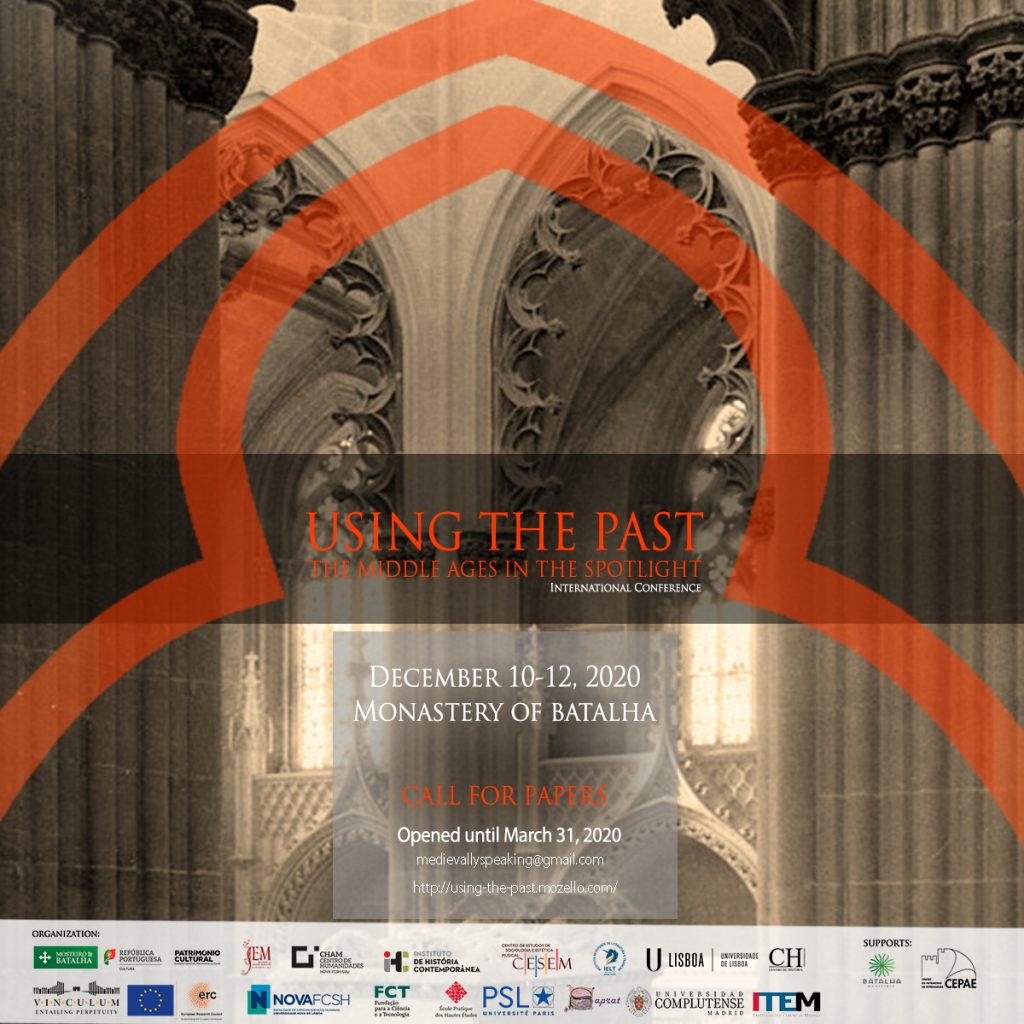 The conference aims at bringing together scholars from all around the world concerned with the uses of the medieval past. Participants will address when, where, how, why and by whom the medieval past has been used, with papers embracing a broad chronological timeline that begins in the medieval period itself and extends to include contemporary politics, society and mass media. Thus, this conference seeks to provide a forum for scholars who are willing to examine and to advance knowledge on the use of the medieval past, contributing to a better assessment of contemporary realities, problems and challenges.

Possible questions, topics and approaches may include, but are by no means restricted to, the following: