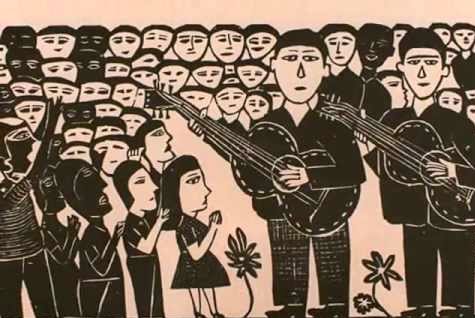 Caravelas will hold the II International Congress “The Portuguese Language in Music: Dialogues” between April 4 and 6, 2018, at the Federal University of Rio de Janeiro (UFRJ), Brazil.

The first edition of the congress took place in Lisbon, in 2012, when the debates started at the Symposium “The Pronunciation of Sung European Portuguese” (http://caravelas.com.pt/eventos.html), held in the same city, in 2009. This time, the congress will take place in Rio de Janeiro, under the care of the recently founded Polo Caravelas Brasil, which is based in the Postgraduate Program in Music at the Federal University of Rio de Janeiro. The Portuguese language remains the main theme, and reflections are welcome from the most varied points of view: performance, heritage, ethno and musicology, aesthetics, sociology, literary studies, or any other area of ​​study. research that focuses on the Portuguese language and its relationship with music.

However, in this edition we propose that we deepen the debate regarding the “Dialogues” that Portuguese has had with other languages ​​in the musical sphere. The fact that, in the past centuries, Portuguese entered the operatic universe, predominantly composed in Italian, and the religious, predominantly in Latin, currently raises a series of questions about the practice, aesthetics and musical creation of those days, without forget the debates about nationalities and identities. On the other hand, the contact of the Lusophone community with other peoples – both European and extra-European – through the known migratory processes, resulted in a kind of cultural miscegenation that is expressed eloquently in Portuguese-Brazilian songs and beyond. With this in mind, this edition of the congress is particularly interested in the following topics:

– The Portuguese musical heritage in contact with other traditions.
– Africanias in Sung Portuguese
– Portuguese in the context of the opera and the church.
– Foreign repertoire in Portuguese: the question of translation.
– The performance and production of this same heritage: reality, challenges and strategies
– The standard pronunciation of Sung Portuguese and its geographical, social and historical variants
– The vernacular repertoire and nationalist projects

The Congress will last three days and includes the following activities:

• Round tables: formed by invited experts, whose research and interpretive work has made a relevant contribution to the topic in question.

• Concert: This Concert will be held on the evening of the first day of the Congress. It will take place in the Sala Leopoldo Miguez of the UFRJ School of Music, with works sung in Portuguese as a repertoire. The interpreters will be invited among the teachers and students of the School of Music and / or selected among the researchers participating in the congress.

As a final product, the Minutes of the Congress will be published. In addition, the Concert will be filmed and made available over the Internet.

All interested parties are invited to submit oral communication proposals of up to 20 minutes in length, in the following format:

More information soon on the event page at: