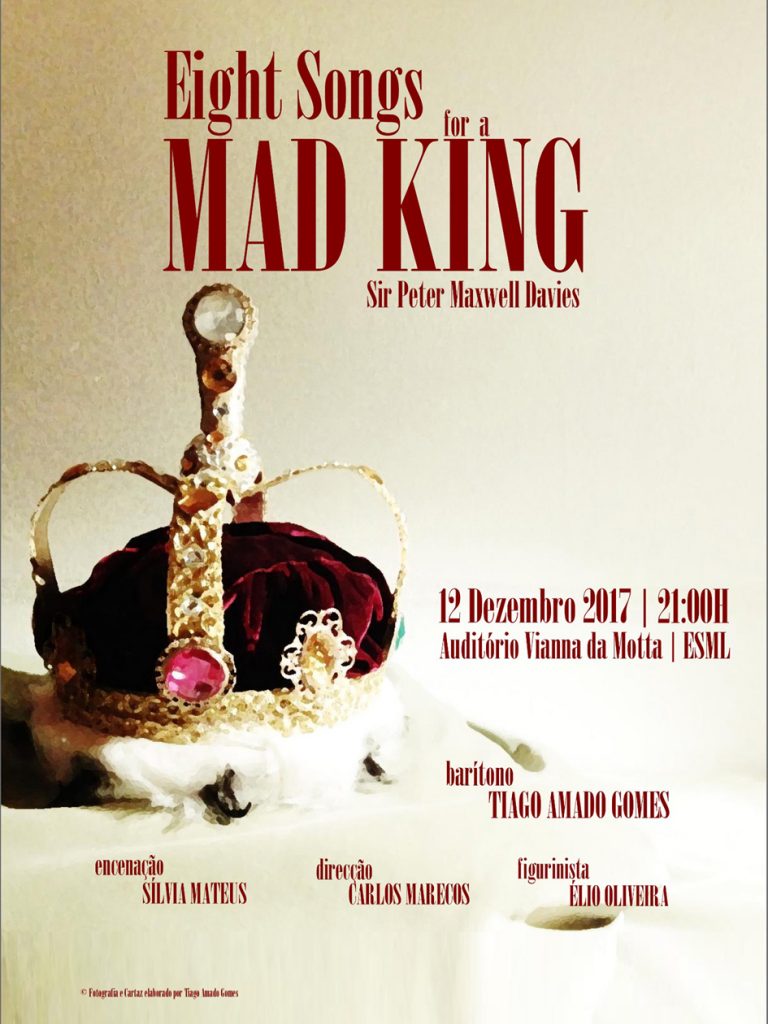 It is already next Tuesday, December 12, at 9 pm, that the opera Eight songs for a Mad King by Sir Peter Maxwell Davies, great composer who disappeared in 2016, will debut in Portugal.
Vianna da Motta Auditorium – Lisbon Superior School of Music.

The staging is the responsibility of Sílvia Mateus, the baritone is Tiago Amado Gomes, the musical direction is by the composer Carlos Marecos, the ensemble is made up of ESML students, some of them 1st prize in the Young Musicians of 2017 contest and the costumes are the responsibility by artist Élio Oliveira.

A champagne flute will be served at the beginning.