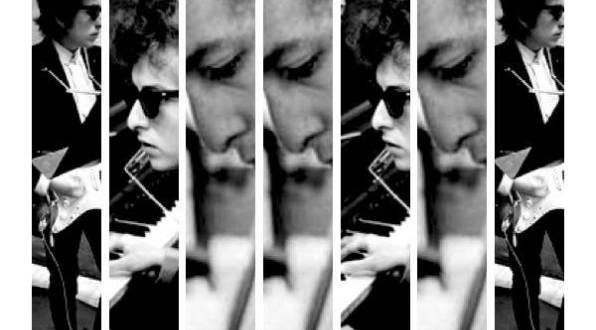 I change during the course of a day. I wake and I’m one person, and when I go to sleep I know for certain I’m somebody else.

In 1999, Bob Dylan (b. 1941) was included in the ‘Time 100: The Most Important People of the Century’ as a “master poet, caustic social critic and intrepid, guiding spirit of the counterculture generation”. In 2008, the Pulitzer Prize jury awarded Dylan a special citation for “his profound impact on popular music and American culture, marked by lyrical compositions of extraordinary poetic power”. In May 2012, Dylan received the Presidential Medal of Freedom from President Barack Obama. In 2016, the artist was awarded the Nobel Prize in Literature “for having created new poetic expressions within the great American song tradition”. The New York Times (13-10-2016) reported: “Mr. Dylan, 75, is the first musician to win the award, and his selection on Thursday is perhaps the most radical choice in a history stretching back to 1901…In choosing a popular musician for the literary world’s highest honor, the Swedish Academy, which awards the prize, dramatically redefined the boundaries of literature, setting off a debate about whether song lyrics have the same artistic value as poetry or novels”. After the official Nobel announcement, opinions divided the public and critics. CETAPS (Centre for English, Translation and Anglo-Portuguese Studies) and CESEM (Sociology and Musical Aesthetics Research Center), NOVA University of Lisbon, decided to analyze and celebrate the aesthetic, historical, political, and cultural significance of Bob Dylan’s musical, literary and artistic (visual) work, as well as its influence(s).

The initial expression in the conference’s title is the title of the biographical musical drama film I Am Not There (2007, directed by Todd Haynes and co-written with Oren Moverman), which intercuts the storylines of seven different Dylan-inspired characters. According to Haynes, “the minute you try to grab hold of Dylan, he’s no longer where he was. He’s like a flame: If you try to hold him in your hand you’ll surely get burned. Dylan’s life of change and constant disappearances and constant transformations makes you yearn to hold him, and to nail him down. And that’s why his fan base is so obsessive, so desirous of finding the truth and the absolutes and the answers to him – things that Dylan will never provide and will only frustrate” (apudD. Dalton, Who Is the Man?: In Search of the Real Bob Dylan, 2012).

We will privilege comparative and transdisciplinary approaches. Potential contributors are invited to submit a bionote and a 300 word abstract on themes related to any of the following conference tracks:

Working languages: Portuguese, English, Spanish. No translation will be provided.

Papers and panels on the above themes are invited. However, papers/panels on other subjects related to the above topics will also be considered. Participants will be held to a twenty minute presentation limit. Please submit an abstract and a bio note, by 05 January 2017, to the conference email:

To ensure prompt notification, please include your e-mail address on your submission. If you are interested in chairing a session, please note this at the top of your abstract.