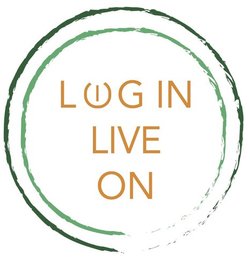 The conference’s aim is to join researchers, specialists, artists, students, producers, and other interested parties, in the discussion of transdisciplinary topics and problems regarding the politic economy of music in digital communicational paradigms, in the era of the Internet of Things (IoT). This global system, seen as a network of objects, devices and services, that share information and skills, is, increasingly, a central aspect in the construction of everyday life.

With the dissemination of domestic Internet and digital applications, equipments and contents, the modes and behaviors of musical production, circulation and listening have been reconfigured in a persistent and radical way. This process sees the emergence of the peer-to-peer system, the iPod and the increase of portable listening devices, social networks and streaming, the proliferation of blogs and all kinds of online forums, the intense dissemination of musical composition software and equipment (as well as the expansion of DIY practices), the increment of production and consumption of digital audiovisual media with a wide circulation and access, such as music videos, videogames, reality shows, tv series and other television contents, animations, advertisements and other audiovisual products.

This conference seeks to inquire about the construction of realities, subjectivities and communities based on music as an essential structural element. It proposes an exploration of the aspects of production, circulation, collaborative practices, transformation and ‘remediation’, co-creation and capitalization of musical and audiovisual contents in online platforms, in the context of complex networks of cybercommunities, taking into account the sociability between users, consumers, creators and companies.

The topics to be discussed are, among others:

The conference will take place in Faculdade de Ciências Sociais e Humanas of the New University of Lisbon, organized by CysMus/SociMus, of CESEM (Sociology and Musical Aesthetics Research Center).

All the informations concerning the conference are provided and updated on the official website and on the CysMus site, and also on its facebook page and twitter.