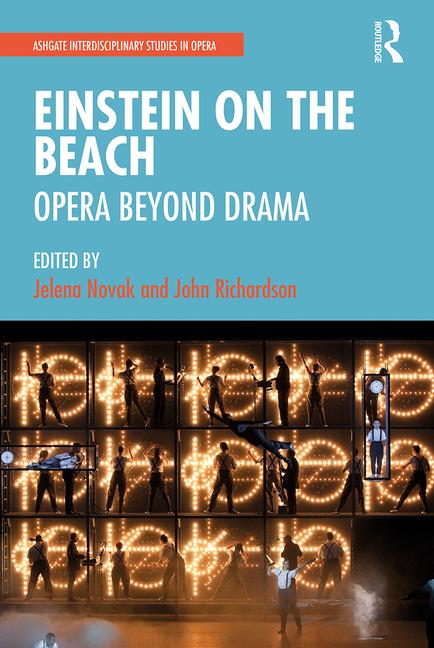 Einstein on the Beach: Opera beyond Drama

Philip Glass and Robert Wilson’s most celebrated collaboration, the landmark opera Einstein on the Beach, had its première at the Avignon Festival in 1976. During its initial European tour, Metropolitan Opera premiere, and revivals in 1984 and 1992, Einstein provoked opposed reactions from both audiences and critics. Today, Einstein is well on the way itself to becoming a canonized avant-garde work, and it is widely acknowledged as a profoundly significant moment in the history of opera or musical theater. Einstein created waves that for many years crashed against the shores of traditional thinking concerning the nature and creative potential of audiovisual expression. Reaching beyond opera, its influence was felt in audiovisual culture in general: in contemporary avant-garde music, performance art, avant-garde cinema, popular film, popular music, advertising, dance, theatre and many other expressive, commercial and cultural spheres. Inspired by the 2012-2015 series of performances that re-contextualized this unique work as part of the present-day nexus of theoretical, political, and social concerns, the editors and contributors of this book take these new performances as a pretext for far-reaching interdisciplinary reflection and dialogue. Essays range from those that focus on the human scale and agencies involved in productions to the mechanical and post-human character of the opera’s expressive substance. A further valuable dimension is the inclusion of material taken from several recent interviews with creative collaborators Philip Glass, Robert Wilson and Lucinda Childs, each of these sections comprising Knee Plays, or short intermezzo sections resembling those found in the opera Einstein on the Beach itself. The book additionally features a Foreword written by the influential musicologist and cultural theorist Susan McClary and interviews with film and theatre luminary Peter Greenaway, as well as a short chapter of reminiscences written by the singer-songwriter Suzanne Vega.