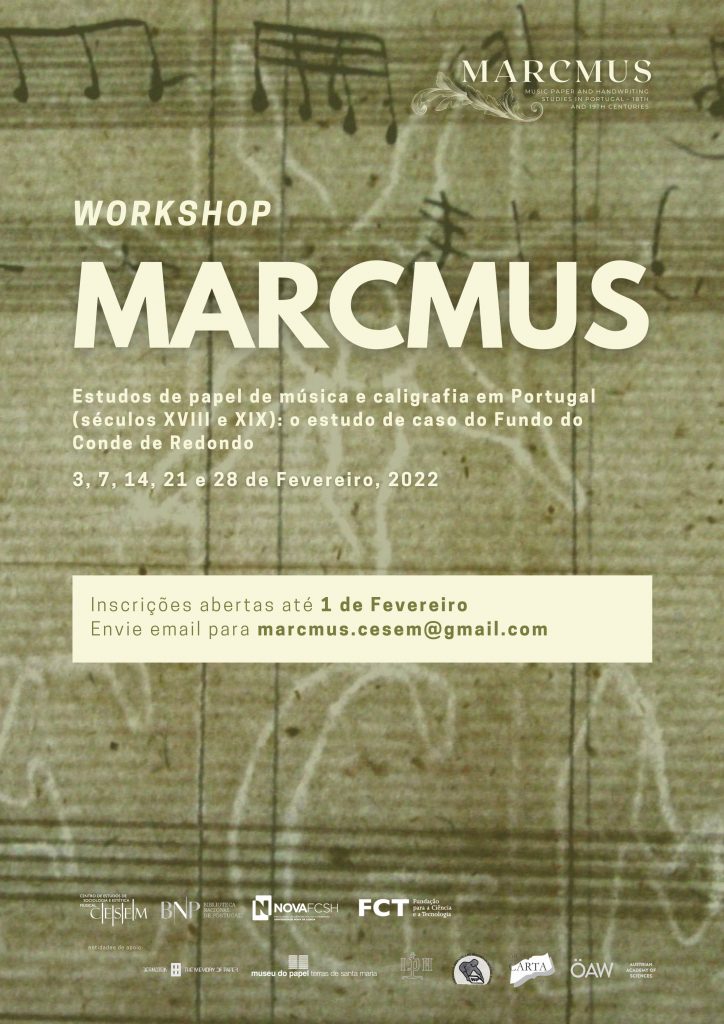 This project focuses on the virtually unexplored music manuscripts from the collection of the 15th Count of Redondo, now housed at Biblioteca Nacional de Portugal (BNP, National Library of Portugal). A distinguished member of one of the oldest noble families in Portugal, José Luís Gonzaga de Souza Coutinho Castelo-Branco e Menezes (1797-1863) was the most notable music Maecenas in 19th-century Portugal; he was also a composer and a practising musician, especially proficient in the art of singing. In the Count of Redondo’s homes (the Palaces of Santa Marta, in Lisbon, and the Estate of Bom Jardim, in Belas), the intimate domestic chamber music and the sumptuous religious celebrations, where music was paramount, were common occurrences. The leading composers of the day – Marcos Portugal (1762-1830), António Leal Moreira (1758-1819), João José Baldi (1770-1816), Frei José Marques e Silva (1782-1837), to name just a few – were regular visitors or were employed by the Count (VIEIRA, 1900). Not surprisingly, the contents of this unique music collection seem to reflect the continuous music practice and the unwavering support of musicians and composers, as it is highly representative of Portuguese music from the mid-18th century until the very end of the 19th century. Those family traditions, as well as the enrichment of the collection, continued through the efforts of the Count’s son, Fernando Luís de Sousa Coutinho (1835-1928), 3rd Marquess of Borba. After his death, the collection lay unnoticed and unused until it was bought by the Instituto Português do Património Cultural (Portuguese Institute for Cultural Patrimony) in the late 1970s.

“Watermark evidence […] is most useful in conjunction with other evidence such as handwriting, type styles and staff rulings. Patterns of change, or indications of date and place, in more than one of these elements have a strong corroborative effect: the imprecision of each is to a large extent negated, and watermarks can then become a most potent research tool.” (BOORMAN, 2001)

Since the late 1950s, when Alfred DÜRR (1957) thoroughly revised the dating of Bach’s cantatas through a detailed comparison of watermarks, source criticism has all but revolutionised the way in which scholars examine music scores. Other similar studies worth mentioning, greatly contributed to the chronology of both Mozart and Beethoven’s works (TYSON, 1975 and 1987, JOHNSON et al, 1985). Matters of authorship and provenance also markedly benefit from the study of paper: “Even an imprecise reproduction of a watermark may lead the researcher to source materials sufficiently similar to furnish vital clues for further research” (LARUE, 1998). If the watermark study is complemented by stave ruling dimensions and the identification of calligraphies, the precision – and therefore the usefulness – of the findings will be greatly enhanced. On a broader scale, the music- paper maker and the relationship with its final user – the composer or the copyist – bring to the fore relevant considerations of cultural and commercial exchanges, which will also be valuable to the music historian.

Despite being a recognised powerful and unique research tool, musicological source criticism, particularly paper and handwriting studies, is a much-neglected discipline in Portugal in the period considered (18th and 19th centuries). The alluded to characteristics of the collection of the Count of Redondo make it ideal for a case study of source criticism in Portuguese music. The expected outcomes will lay the foundations for a Music Paper and Handwriting Study Centre and thus hasten progress, whilst establishing Portuguese source criticism on a par with international standards. The project aims to systematically record and digitally preserve the watermarks and paper types (the conjunction of the watermark and the number and size of staves drawn by rastra) of the collection’s music manuscripts. It will also record the literary and music handwritings of the copyists and composers involved (preliminary research has shown that the collection possesses a significant number of autographs). The corresponding project site will allow free access to the resulting relational databases (watermarks/paper types and handwritings). The watermark and paper type database will also become available at the Bernstein Project: the Memory of Paper, the largest international project of its kind (in 10 languages) which includes 50 collections and more than 264,000 researchable watermarks (www.memoryofpaper.eu).