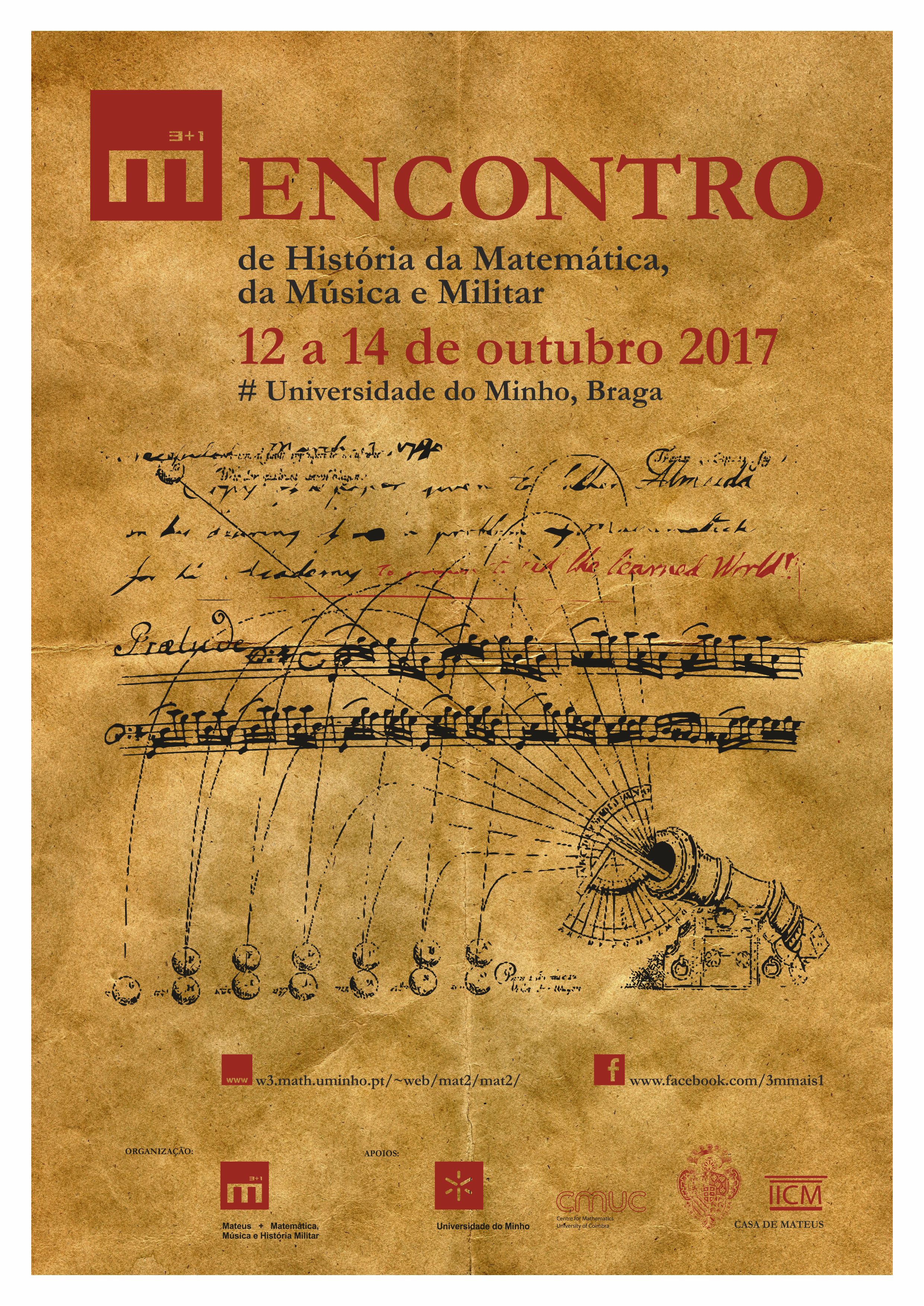 The commemoration of the bicentenary of the publication of the monumental edition of Os Lusíadas completed by D. José Maria do Carmo de Souza Botelho Mourão e Vasconcelos (1758-1825), 5th Earl of Mateus will be celebrated by a multidisciplinary reflection upon a triad of areas:

where the robustness, rigor, durability and flexibility of concepts and theories are examined and expressed.

for wchich the clarity, elegance, and stability of mathematical arguments often contrast with the practice and harsh conditions of the battlefields.

whose origins are intertwined with those of mathematics and which have ancestral links to military actions, both as a means of communication and as an enhancing element of human feelings.

It is therefore under the aegis of two unique men from the Portuguese eighteenth century, namely D. José Maria, Earl of Mateus, and his teacher and friend José Anastácio da Cunha (1744-1787), that we announce this Scientific Meeting to be held at University of Minho, in Braga, from 12 to 14 October, 2017.

D. José Maria, Earl of Mateus, was a nobleman of the Casa Real, an army officer, a diplomat and an editor who, in an autobiographical note, wrote, certainly proud, that

His teacher and friend José Anastácio da Cunha (1744-1787), irreverent and passionate iconoclast, who humbly stated that

The issues under discussion will focus on Mathematics, Military Sciences and Music in the eighteenth centery and they will deal transversally, both in time and space, with the cross-border connections between Literature and Science; Technological aspects and the Arts will also be included in a symbiosis that we not only see as natural but which we also understand to be an enhancer of what someone has called an eternal comprehensive reconstitution.

The attendees of this Scientific Meeting are expected to be researchers in the History of Science, Arts and Technology but all those interested in these subjects more generally will be welcome to attend.

The Meeting will include 3 plenary sessions, as well as “workshops” led by panels of international experts and individual presentations (10 minutes and 20 minutes) and poster sessions.