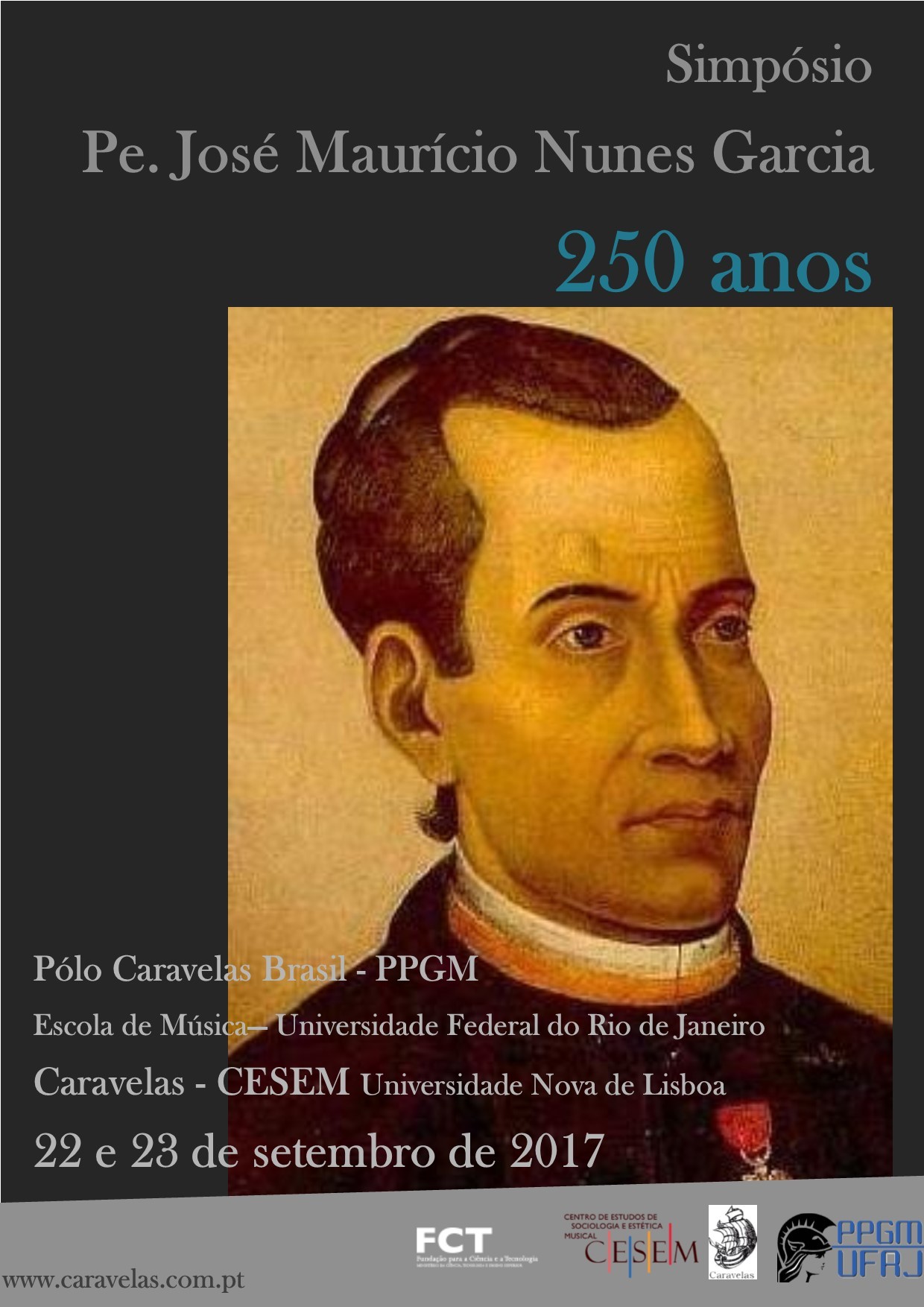 On September 22, 1767, Fr. José Maurício Nunes Garcia (1767-1830) was born, the one who would become the most important Brazilian composer in activity in the early 1800s. His performance as Mestre Capela of the Royal / Imperial Chapel of Rio de Janeiro would also make him one of the most influential figures in the Portuguese-Brazilian music scene of those days. Bearing this in mind, Caravelas (Research Center for the History of Luso-Brazilian Music – CESEM – Universidade Nova de Lisboa), through the Caravelas Brasil Pole (PPGM-UFRJ Research Group), will hold a Symposium to celebrate its 250th anniversary of birth of the composer on September 22 and 23, 2017.

This symposium will start on the day that Father Mestre’s 250th birthday is celebrated. Its organization includes conferences, round tables, communication presentations and a commemorative concert.

The main objective of the congress is to offer a space for academic debates on the figure and work of the Brazilian composer Fr. José Maurício Nunes Garcia, making a critical assessment of his role within the history of Luso-Brazilian music and disseminating the results of the latest research pertinent to the theme.

The Symposium will last two days and includes the following activities:

As a final product, we intend to produce a Symposium Act, or communications selection book, which brings together works presented at the event. In turn, the Commemorative Concert will be filmed and made available on the Internet.