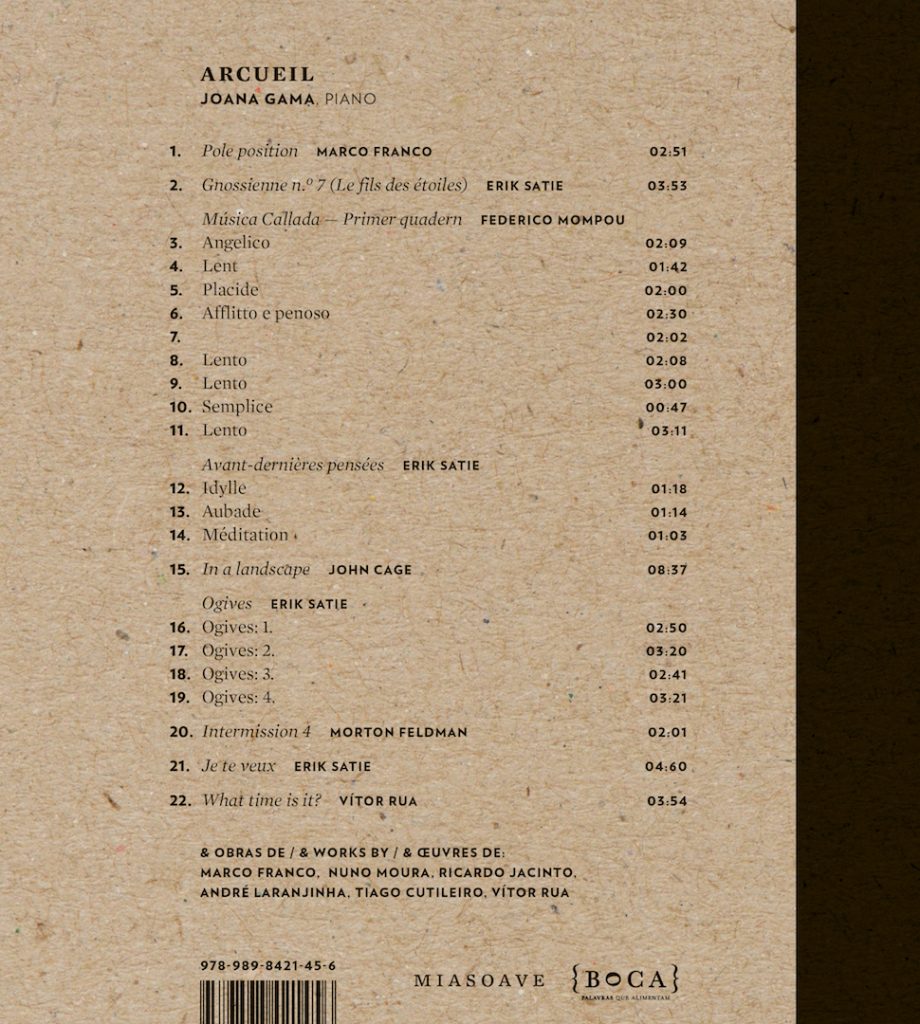 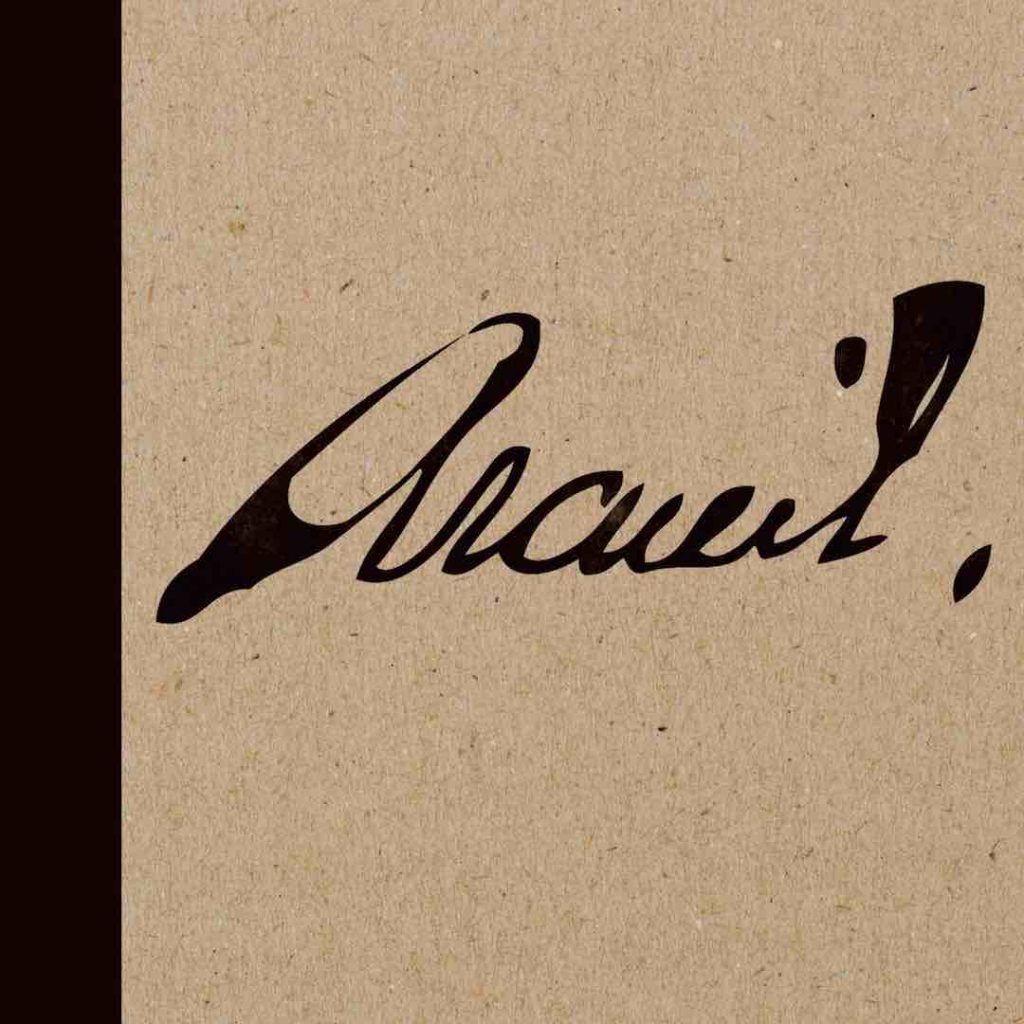 ARCUEIL is the latest album by Portuguese pianist and researcher Joana Gama. This is the second chapter of her work on Erik Satie, following SATIE.150 (2017). In this album Satie’s work dialogues with that of composers such as John Cage, Morton Feldman, Federico Mompou, Marco Franco and Vitor Rua, who share with him a certain idea of simplicity and economy of means. The recorded pieces are joined, in the accompanying book, by a set of extra-musical creations, whether text, drawing or engraving, including unpublished works by Marco Franco, Nuno Moura, Ricardo Jacinto, André Laranjinha, Tiago Cutileiro and Vítor Rua. ARCUEIL is the name of the Parisian suburb where Satie lived the last twenty-seven years of his life. This trilingual edition (PT / FR / EN) is co-edited by Miasove and BOCA and is supported by the CESEM, GDA Foundation, Fundació Frederic Mompou and Antena 2. The release of ARCUEIL took place on December 5th, Thursday, in an Antena 2 Concert, hold at the São Carlos foyer at 18.30. Another release is scheduled in Braga, at the Nogueira Silva Museum, on December 14 at 18.30.