Mário Vieira de Carvalho revisits the thought and work of Fernando Lopes-Graça (1906-1994) in a set of four essays, which proceed to a critical review of one of the most controversial moments of the “competition” for musical modernity in Portugal.

Lopes-Graça’s modernity – verbalized as an aesthetic project and that which is manifested in his music, in his vision of the world and in his cultural and political action (he himself establishes a parallel between modernity in art and modernity in science and politics ) – is an emerging process from the constellation of possibilities that anchoring in a certain and determined here and now could offer you.

This process develops in the confrontation with some of the most crucial and controversial issues that mark modernity in art and, in particular, in music, which are reviewed here: the tensions between autonomy of art and political militancy; the dichotomy form / content; the concept of national music and the local / universal dialectic; openness to contingency as opposed to the belief in linear progress. Revisited in this light, Lopes-Graça’s thought and work do not lose, but gain in actuality. 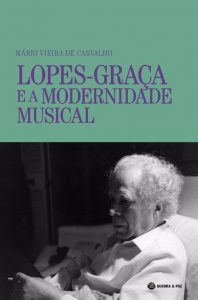